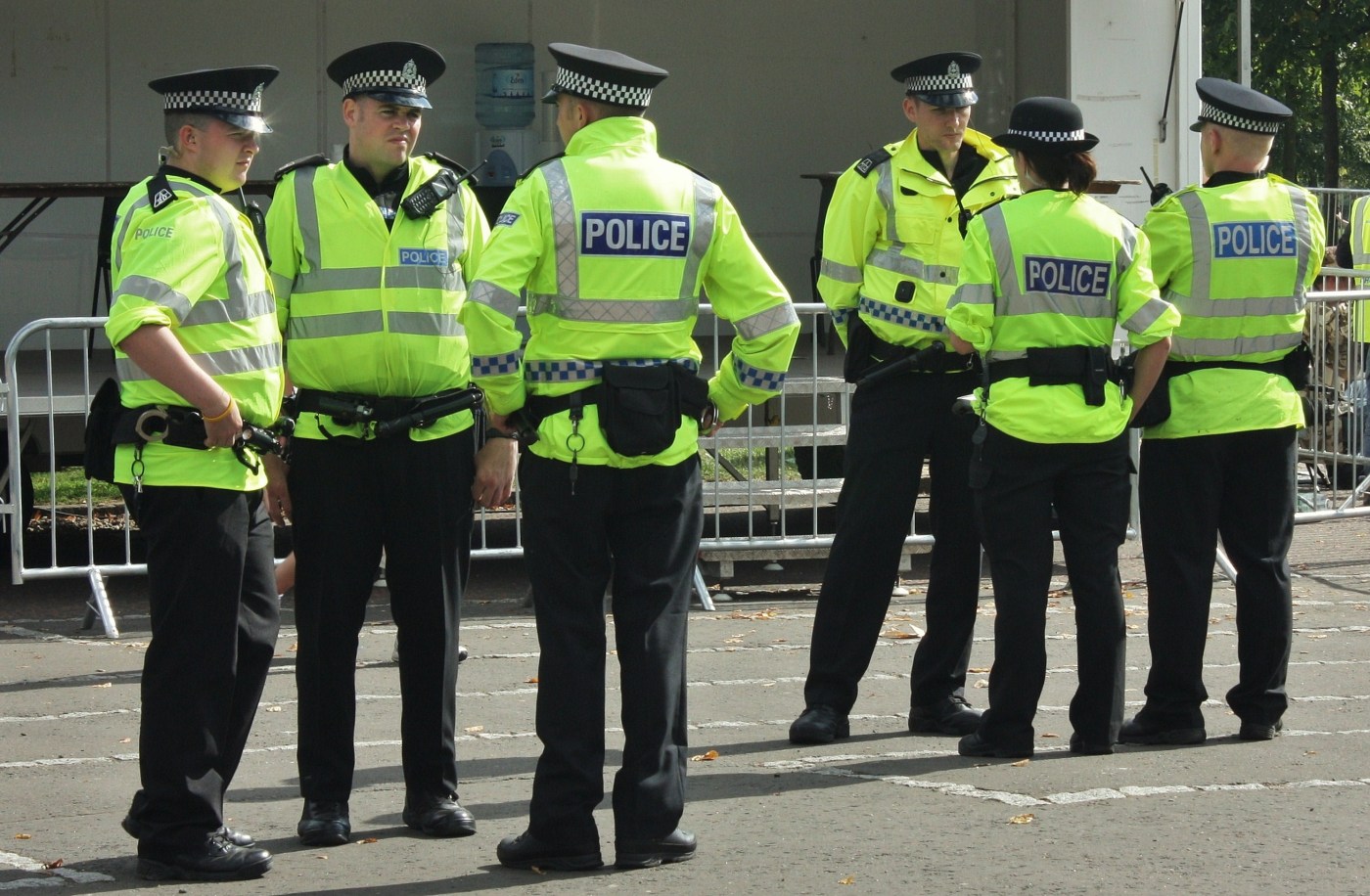 Expressing your aversion to the police as an institution immediately elicits some variation of the same question each time: “what if someone’s breaking into my house?” or “what if someone attacks me?”.  People worry about being the victim of, or witness to a crime, and this is completely understandable.  Problems soon come though, when such concerns are used, or even created to justify the erosion of civil liberties, as with the rollout of portable fingerprint scanners to West Yorkshire Police.  I have been asked by more than one person why I think this is a problem but answering it has proven difficult because the problems are systemic rather than isolated.  Furthermore, questions like those above cast the police in a single light.  They are heroes, there to save us when anything goes wrong, defending us from crime and those evil people who commit it.  But whilst it is undoubtedly true that many join the police with the best of intentions, there are immediately two problems here.  First, police officers are fallible human beings, and just like the rest of us, they are susceptible to the same failings.  Police officers can be greedy, angry, vengeful, and just plain mistaken at times.  Putting on the uniform does not change that, and in fact has been shown to increase bias against those perceived to be of a lower socio-economic status.  The single greatest issue however, runs far deeper than even this.

We live in the fifth richest country in the world, and yet for millions of people, day to day life is a struggle. Somehow, we have found ourselves in a society which prioritises the value of things over the value of people, whilst simultaneously refusing to give fair recompense for labour.  The things we so value, remain either out of reach for many, or available only through the millstone of finance, where people are essentially plunged further and further into unsustainable debt.  For many, the wages of their labour are not even enough to feed their families or have a house fit for human habitation.

In his 1975 book Discipline and Punish, the French philosopher Michel Foucault explains that structures of power within a society can be best understood by looking at how that society defines criminality and how it treats those who fall within that category.  When we do this with the UK, we see a political system with a vested interest in not only maintaining the status quo, but actively perpetuating the aforementioned struggles faced by poor and working-class people. A year and a half before Grenfell killed seventy-one people, 309 Conservative MPs voted against making rented accommodation fit for human habitation. Seventy-two of them were landlords. This in itself is a problem, however it hints at a deeper one.  Ideologically, a majority of politicians are wedded to a neoliberal dogma which favours the removal of ‘red tape’; essentially any legislation which puts constraints on business.  This is coupled with the belief that welfare is bad for business and for people because it encourages laziness.  Only working-class people died in the Grenfell fire, not middle or upper-class people, because lack of legislation allowed the company who owned the building to fit cheap flammable cladding, whilst ignoring for years, the many safety concerns of residents.  The cheap cladding fitted to their building was fitted to improve the views from the apartments of the rich living close by.  Seventy-one people died because the voices of the rich were heard, whilst the voices of the poor were ignored and maligned.  And all in the pursuit of money.

In cases where organisations are found to have caused death, charges of corporate manslaughter can be brought, the punishment for which is a potentially unlimited fine on the company.  Occasionally one or two individuals may also be charged with crimes such as gross negligence manslaughter, however a high degree of negligence must be proven, and often these are little more than scapegoats which allow businesses to continue to function as they have been without the public eye on them.  The ineffective nature of such legislation is not surprising given that business leaders have unprecedented access to politicians at the highest levels, and therefore considerable influence over policy.  The pursuit of money has trumped the preservation and flourishing of life, particularly if it’s poor or working-class life.  Of course, this can cause a lot of negative attention for politicians and businesses, and something needs to be done to ameliorate this unfortunate fact.  In short, those who have the most agency and therefore the greatest capability of doing both great good and great harm, so often choose the latter because the system rewards such behaviour, that they need a scapegoat on which to blame all the ills of society.  This is how that system is maintained.

As I explained in my last blog, the twin evils of capitalism and colonialism, create crises which cause corruption, coups, war, and migration.  The life of a refugee is hard.  This point seems superfluous, and yet the language of fascism continues to permeate mainstream news sources.  One shouldn’t have to think too hard to realise that describing human beings as ‘cockroaches’ is dangerously dehumanising.  Indeed, it is a word which has a history of being used to justify genocide.  To be clear, the anti-immigrant rhetoric is not only dangerous, but profoundly insulting when it is fostered by those who have caused such desperation in the first place.

Refugees and other migrants are not the only victims of this capitalist scapegoating.  The criminal justice system is set up in such a way as to create criminals in order to scapegoat them.  In this way, refugees are conflated with criminals, who are themselves often the victims of circumstance.  Of course, one cannot, and should not abrogate responsibility, but the statistics are telling.  The great majority of arrests and convictions are of people who have experienced poverty, and a considerable amount of this is due to poor life chances created by a system set up to fail them.  Working-class people of colour are the overwhelming targets of stop and search powers, despite the fact they are less likely to be carrying anything illegal.   Protesters too, have long been the recipient of police violence, particularly when calling for systemic change in order to gain improved rights and quality of life.  In recent times this has taken a more structural form, with the details of thousands of activists kept on a database of ‘domestic extremists’.  This is inherent within the system.  The process of selection for police officers has been shown to have a bias in favour of right-wing authoritarianism, and this coupled with the effects of group socialisation post-selection, creates a police force which shows significantly higher levels of prejudice and authoritarianism than in the general population.

In my own comparatively insignificant experience, authoritarian policing used to maintain illegitimate power structures blatantly flouts its own laws.  In a recent incident where I had decided to share dissenting ideas about monarchy during a visit from Prince Charles, I had my placard temporarily confiscated and was threatened with arrest for a ‘breach of the peace’.  This is despite my explaining that I was not planning on doing anything except hold the sign for people to engage with or ignore as they saw fit, and despite the fact that the overwhelming response from the crowd had been one of support, and even occasional agreement.  This is just a tiny example of what sorts of activities and crimes are prioritised over and above those that cause great, actual and tangible harm. White collar crime, such as the massive HSBC money laundering scandal, goes largely unpunished, yet the petty criminal, or even the lawful protester finds themself at the mercy of entire systems of power, subjugated by the state’s assertion that it alone holds the monopoly on violence.  All of which I hope goes some way to explaining why I would be so concerned about the rollout of portable fingerprint scanners.  Police already use powers illegally and immorally.  They already target minority groups and those with less power and agency.  Every piece of evidence we have suggests that fingerprint scanners will do nothing but play into this further.  As Foucault explains, the penal system exists not to prevent or even punish crime, but to defend the power of the ruling class.  The police are simply the ruling class’ boots on the ground.