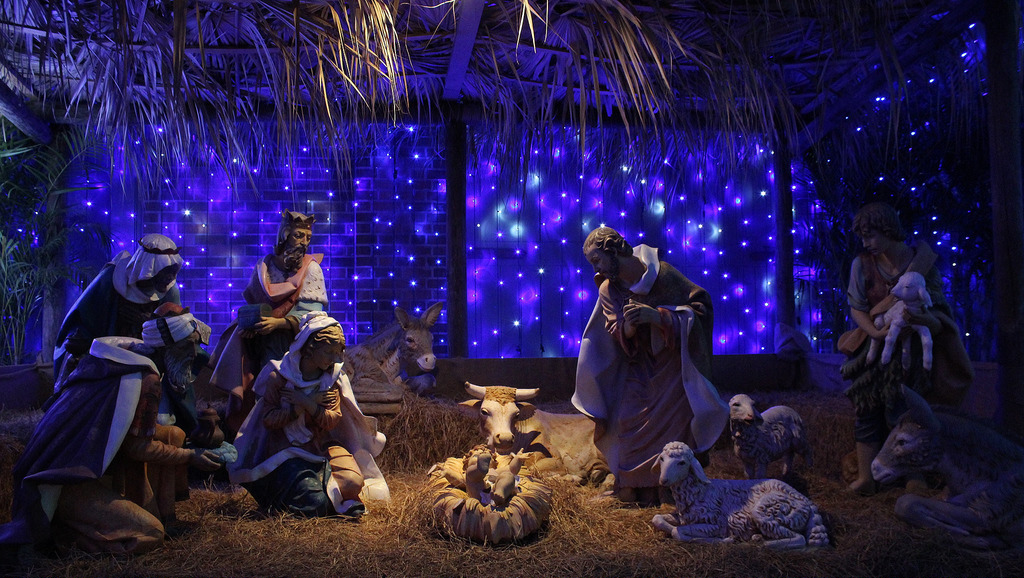 With Christmas Day imminent, it can be easy to get caught up in the last minute dash to the shops, or the frustration of planning something everyone will enjoy.  The whole Christmas season can become overshadowed by things that have no right to take up our time and thoughts, so with that in mind, here are a few things to remember this year.

Worldwide, there are currently more than 10 million prisoners, 65 million refugees, and 45 million slaves.  In the UK an ‘epidemic of loneliness’ means that 73% of older people have felt lonely ‘for years’, and an indifferent government means that now one in 200 people are considered homeless, with the number rising year on year.  To any decent person, these statistics constitute a deep injustice.  To a Communist, these statistics constitute the ordinary consequences of global system of injustice.  Communism is the bloody-minded conviction that it doesn’t have to be this way.  Communism is hope in practice.  As we spend our Christmases in whichever way we do, we must never, never, never forget those people, many of them comrades, who will be spending Christmas in the prison, the refugee camp, the factory or brothel.  We must never forget the alienation caused by a system that gives moral capital to the banker rather than the homeless person.

2. Remember Where Christmas Came From

First thing’s first, I am well aware of the hypothesis which states that Christmas stems from one or more pre-Christian winter festivals.  I am not referring to these, not because it’s not an interesting topic, but because for me, it does nothing to devalue Christmas as a celebration of the birth of Jesus, which seems to be the primary reason for raising the topic for many.  I am actually talking about two things: the Christian root, and the modern capitalist one.

Christmas has developed for more than 1500 years to include a great number of themes and traditions, however our modern celebration, with its ultra-commercial and excessive connotations, has come largely from the capitalist pursuit of ever increasing profits, and as Marx shows us, profit is simply unpaid wages.  That’s not to say that we can’t enjoy Christmas, but for me, the fact that it is used for such a contemptuous practice, means the focus needs to be shifted.  A good way to do that is to remember the biblical birth narratives.  We remember a young middle-eastern couple forced to give birth in the filth of a stable.  We remember a baby born to the humblest of families, who would go on to do the greatest of deeds.  We remember the first invitations to the shepherds, amongst the poorest in society.  We remember the holy family forced to flee as refugees to Egypt for fear of their son’s murder by a jealous ruling power.  Alongside this, the never-ending drive for profit appears little more than vulgar.

3. Be Nice When You Argue With Your Family

There’s nothing wrong with a good debate, and many of them take place around the dinner table. At Christmas, this can often be somewhat heightened for many, as family members we rarely see (or see too much!) join us for our festive meal. I am lucky enough to come from a family of lefties, so any arguments are unlikely to be about whether we should give a damn about refugees, or whether sick people should be left to die in the street.  Nevertheless, I can say from experience, you have more hope of changing someone’s mind when you listen to them, find common ground, and then disagree.  In short, being a nice Communist, makes Communism look far more desirable and even achievable, than being moody, so try and explain calmly and with a smile on your face, why the immigrant may be a comrade rather than a leech coming to steal our jobs and women!

Ronald Reagan once told a version of the Little Red Hen in which the hen was forced to share her bread “with the idle”, which in turn affected her productivity.  Unlike the orifinal story, the moral of this version is that it is unfair and unproductive to expect those who have worked to earn money, to provide for those who haven’t.  I have heard similar sentiment from Christian friends who claim verses such as 2 Thessalonians 3:10 as proof not only of the virtue of capitalism, but of its inherent godliness, and therefore necessity.  Of course, the issue with both of these is that more context is needed.  The assumption implicit in Reagan’s retelling of the fable is that those who are not working, do so out of choice.  Either they are unemployed and do not want to give up their unemployment benefit, or are dropouts, unqualified to do the work.  The story says nothing of externalities such as poverty, lack of opportunity, poor education standards, poor housing, abusive relationships, illness, disability, racism, sexism, and so on.  The assumption is that everyone starts on a level playing field, and that of course, is demonstrably wrong.

When we zoom out a little with our passage of scripture, we begin to see something altogether different.  There is indeed an apparent a problem with ‘idleness’ in the church of Thessalonica, but when we view this in the broader context of pauline theology, we see that externalities have been taken into account.  Consider 1 Corinthians 11:17-22 where we see a stern rebuke for those who do not share with those with less.  The assumption is not that some people have worked hard and are therefore deserving of their wealth, and that some have not worked hard and are therefore deserving of their poverty.  The assumption is that all must eat, and that to ‘humiliate’ those who have no food by eating yours in front of them, is to ‘show contempt for the church of God’.

But why do I go on about this?  Like the Little Red Hen and Paul, the communist knows that all who are capable must contribute to the common good for there to be an equitable society.  In short, if you are fortunate enough to be sharing your Christmas with others, whether that be family, friends, or otherwise, remember to be a comrade and do your fair share of work.

Christmas can be a stressful time, fraught with unfair and unrealistic demands and pressures from a society that privileges material gain over all else.  It can also be a magical time, where we celebrate what’s best about humanity, where we remember the birth of a king born into poverty, and where we celebrate with people who may be having a rough time, as any of us can.  As we remember the good and the bad, and look ahead with hope for the revolution, let’s remember to actually enjoy Christmas as best we can, and to spread some of that enjoyment around.  Merry Christmas comrades!