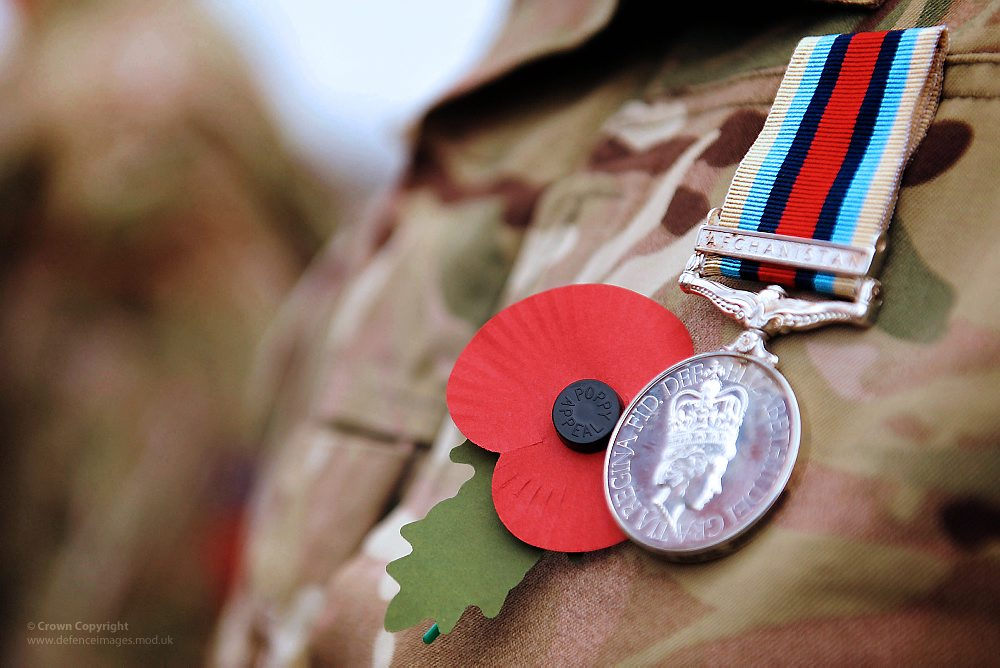 I nearly joined the army once.  I was a teenager, a young school leaver, with little to show for my years eking out a miserable existence in a place that didn’t want me.  I joined a college course, completely unsuitable for me, and eventually left when my anti-authoritarian streak reared its ruinous head.  The course was designed with people like me in mind; its sole goal to recruit young people to the various uniformed organisations that carry with them both the weight of responsibility, and the respect afforded only to those young working class folks who will put their lives on the line, at least ostensibly, for the good of their communities.  Needless to say, the armed forces invested much time and effort into encouraging my coursemates and I into joining their ranks.  Some took up that offer, others did not.

As it happened, a physical disability meant that the army would never have taken me; a fact for which I am now grateful, in spite of the associated difficulties of my condition.  Had this not been the case, I could easily have become one of the many child soldiers still recruited by the British Army.  “Child soldiers?!”, I hear you cry.  Yes, child soldiers.  In fact the UK has been the recipient of a considerable amount of criticism for this, and for a number of problematic practices in this area, by multiple intergovernmental organisations.  The UN Committee on the Rights of the Child gives a damning list of indictments, a number of which concern the education, or rather lack thereof, of young people both in the military, and wider society.  The issues at play here are manifold, but two suffice.  The first is that there is considerable evidence that a statistically significant percentage of young people recruited by the armed forces have an education level which is insufficient for their understanding the documents they are signing.  If they do not understand the documents they are signing, how can they make an informed decision regarding their content?  The second is that those same children who join at 16 are twice as likely to be killed or physically injured, because they lack the attainment levels required to join any other role than frontline military.

Nevertheless, this is standard practice for the British armed forces, and it doesn’t start when you’re a teenager.  When I was studying for my undergraduate degree, an admirable group of socialists would go into the city centre every Saturday to give free home-cooked food to any who wanted it.  I was only a very occasional extra pair of hands on this project, so I didn’t see much, but one thing that will always stick with me is this: our presence was tolerated, as long as we didn’t cross a certain line.  This was because the land was “private property”.  Until relatively recently, it had been part of the commons, but it had been sold or leased (I forget which) by the council, and was now occupied by a large, privately owned shopping centre.  That’s sad in itself, but what’s even more sad is that whilst we could not give out free food here, the army would come every so often, and set out their rather impressive stall, complete with assorted weapons, at a children’s eye level.  Furthermore, children were encouraged to play with these guns.  Think about that for a second.  Assault rifles, sniper rifles, and handguns, in a busy shopping precinct, being handled by ten-year olds.

All of this is part of a wider narrative.  We are taught from a young age to believe that soldiers are heroes, irrespective of their actual intent or action.  We are taught from a young age that Britain is the best, and has the best armed forces.  We are taught from a young age that Britain needs to have the best armed forces because of terrorism, or communism, or whatever ghoulish enemy it happens to be at any given time.  The question of course, is whether there can be any justification for such propaganda.  Why could it be that indoctrinating people so young, is deemed necessary?  As a military friend of mine once put it, they need to.  If they don’t indoctrinate in this way, they won’t have enough recruits to meet the numbers they are required by government to meet.  There’s a kind of sad hope in this; most people seem to possess an innate knowledge that joining the military is a bad idea, but of course that means it’s left simply to those with fewer opportunities, and less economic power.

The role of the state in all of this is quite complicated, but it can essentially be seen as a middleman.  Take, as but one of many examples, the granting of export licenses.  The UK has been warned that it is in breach of international humanitarian law, for its role in arming Saudi Arabia in its campaign against Yemen, but as it turns out, British involvement goes right into the ‘command room’.  The truth of the matter is that the UK profits from war, and it has no problem with this.  Far from it in fact.  In 2014, in a response to a question from the Conservative MP Mark Menzies, then prime minister David Cameron opined:

“I will go on banging the drum for British exports, including defence exports. We had very good progress with the order from Oman, which will secure and safeguard jobs in his constituency. I was criticised by the Labour party for taking defence contractors on trade missions overseas; that party does not think it is appropriate, but I think it is. I think we should be standing up for our defence industry and defence jobs.”

And herein lies the problem.  Every immoral political decision, every community destroyed by British bombs, every innocent life lost, is justified for the good of the economy, and for British jobs.  This is in spite of a report co-written by MoD economists stating that ‘the balance of argument about defence exports should depend mainly on non-economic considerations’.  Nevertheless, the war machine goes around and around, even putting British servicemen and women in the firing line of British arms.

If the Royal British Legion was not complicit in all of this, I would wear their poppy.  The problem of course, is that they are right at the heart of the dangerous narrative of nationalism and militarism that so pervades our society.  They continue to accept donations from arms companies such as BAE, Lockheed Martin, and Thales.  Many of their events are sponsored by these companies, and the poppy, along with the Royal British Legion’s emblem, has appeared on military equipment such as jets.  Perhaps most worrying is the above picture, which appeared on the Royal British Legion’s website before a public backlash forced them to remove it.  The sight of children holding poppies whilst wearing t-shirts that say ‘Future Soldier’, should be enough to worry anyone about the Legion’s role in the propagation of this dangerous narrative.  Add to that the 2012 resignation of Royal British Legion president Lieutenant General Sir John Kiszely, and I’m not sure how one can argue otherwise.  Kiszely was recorded admitting to lobbying on behalf of arms companies, even saying the Remembrance Day ceremony was a “tremendous networking opportunity”. He boasted of his access to the prime minister, the defence secretary and the chief of defence staff, saying “You are standing there waiting for the Queen with nothing else to talk about”.

Many of my co-accusers state that their opposition to the poppy stems from its appropriation by fascists and nationalists, as well as the manipulation and shame culture which has arisen around people’s choice whether to wear it.  I share their concern, but I don’t think it tells the whole story.  Whilst it is, I think, true that it has become more of a nationalistic and militaristic symbol in the last twenty or thirty years, the poppy, which for decades exhibited the words ‘Haig Fund’ after Field Marshal Haig, has been a symbol of nationalism and militarism almost since its inception.  This is why the white poppy came about in 1933.  Due to the erosion of the original message of ‘Never Again’, the Co-operative Women’s Guild, many of whom were war widows, decided that there needed to be a pacifist alternative to the red poppy, to commemorate all victims of war, up to 90% of whom are civilians.  When their request for the Royal British Legion to produce these alongside the traditional red poppy was denied, they decided to produce them themselves.

This tradition continues to this day, with the Peace Pledge Union now producing peace poppies.  These have received more than their fair share of criticism, and in the 1980s, representatives of the Royal British Legion would not even appear alongside their Peace Pledge Union counterparts in the media.  Relations are slightly less strained today, with both organisation saying that wearing poppies must be down to the individual.  To its credit, the Royal British Legion says it has no problem with the sale of the white poppy, but asks that they are not sold alongside each other.  The Peace Pledge Union say that people may wear their poppy by itself, or with the red poppy.

For my part, this Remembrance Sunday, I will not be at church, despite the fact that I go almost every Sunday.  I will not go because the militaristic and nationalistic fervour found at such services is, in my opinion, profoundly offensive.  For the first three hundred years of its existence, Christianity was an overtly pacifist religion, with a deeply critical view of the state.  To now go into a church, to see military and state flags, to hear the national anthem sung, brings shame to me as a follower of Jesus, the Prince of Peace murdered by the state.  The Royal British Legion co-wrote the Church of England’s Order of Service for Remembrance, with its militarism and pomp, particularly to commemorate those lost in the Great War.  Celebrating the apparatus of the state during the annual act of Remembrance for those that state callously and indifferently sent off to fight in a pointless war, is an insult.  I do not use the Order of Service for Remembrance, and I never will.

I am indebted to my friend Robin Hanford for his article on child soldiers that makes some fantastic points and talks a bit more about this specific topic in a way I couldn’t.  Thank you!

One thought on “The Poppy Appeal: State Militarism in Fancy Dress”