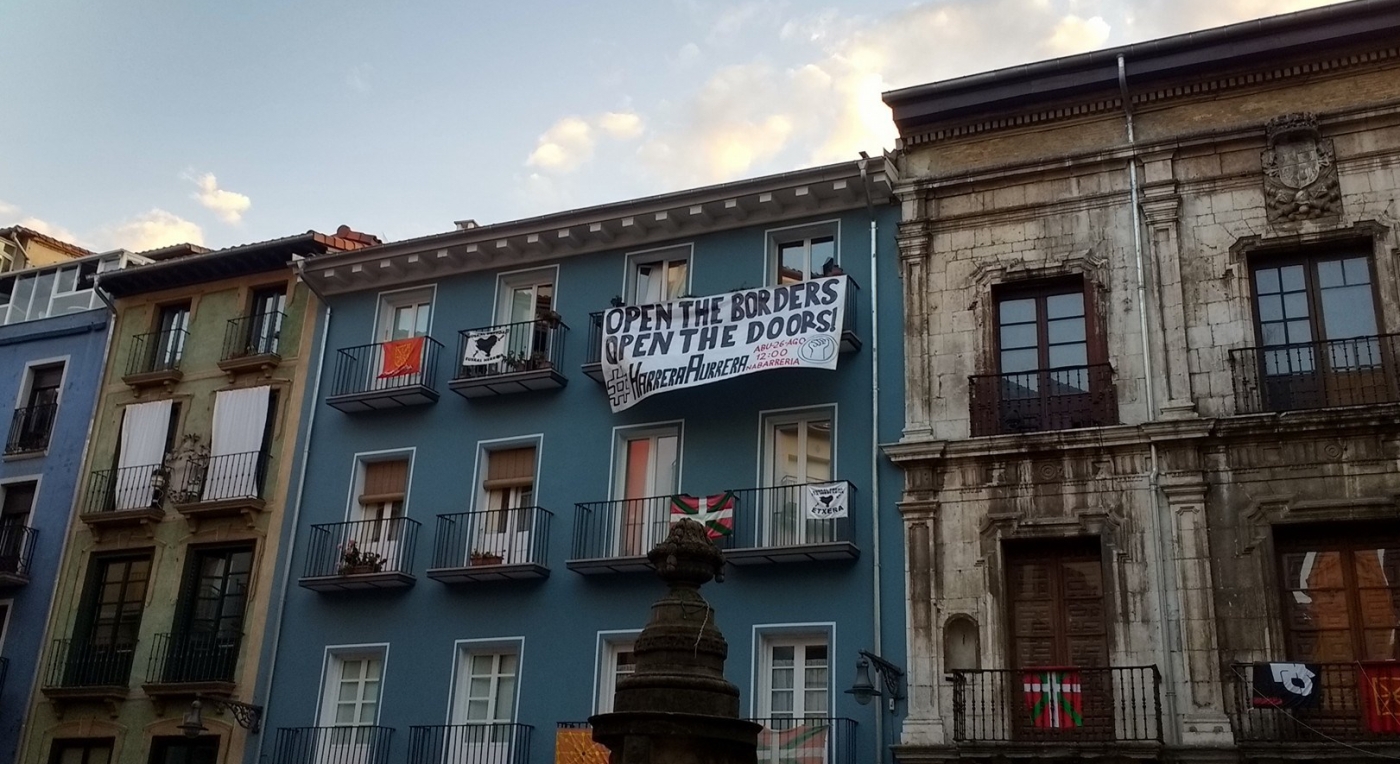 It is a peculiarity of travel that you can lose sense of the passage of time.  Past events can somehow simultaneously seem both recent and distant.  So it is with my Camino.  I am two thirds of the way through my pilgrimage now, and I can’t seem to work out how or what to feel much of the time because of this strange sense of timelessness.

Much of this, of course, is simply to do with the practicalities of travelling, particularly when that travelling takes the form of simply walking to a new place every day.  Measurements of time don’t really matter anymore, so you forget them.  With the Camino though, there’s an added ingredient that I’m not sure I can quite put my finger on.  It’s like the contemplation of life, journey, God, story, love, and all manner of other things, takes over, and coupled with the freedom of simply walking, you can almost feel yourself entering some kind of trance.

The parochial (church run) albergues seem to understand this.  They know what the pilgrim’s journey is like because they’ve been welcoming them for over a thousand years and because most of the hospitaleros (albergue staff, often volunteers) have been pilgrims themselves.  They know that contemplation on the road is good, indeed that’s why most do the Camino, but they also know that you need to come back down to Earth to see the benefits of that.  Their hospitality has an amazing way of making that happen.  By offering the finest earthly welcome their community can, they ground you again.

Nearly two weeks ago now, I stayed at the parochial albergue in Logroño.  We had mass with a pilgrims’ blessing, followed by a communal supper.  Before our meal we were joined by the priest who cracked a few jokes, blessed the meal, then proceeded to serve us, taking time to speak to each of us and ask where we were from and so on.  After this we went next door to the church again for evening prayer.  The priest spoke briefly about the importance of hospitality, to the pilgrim, to the stranger, to the refugee.  And then he thanked us for giving him and the hospitaleros the opportunity to show hospitality.

It’s taken me two weeks to write about this because I’ve been mulling it over so much.  It’s not that this stuff hasn’t occurred to me before; it has.  But I’m troubled because here I am hearing these beautiful words from a Roman Catholic priest, these words that reflect what I read in the Bible time and time again, and I know that I have Christian friends, Catholic friends, who don’t believe that, let alone live it.  I have friends who go to church every Sunday, some of them more than that, who hear the words of the gospel, the words of welcome for the foreigner, the words that proclaim that “there is no Jew nor Greek”, who are then taken in by the politics of fear.  A politics that claims that we can’t afford more “immigrants”, that our way of life is under threat, that we should “take care of our own first”.

Who are “our own”?  Who are they if not the immigrant working in a land they don’t know to help their family back home?  Who are they if not the refugee forced from their home by violence and who doesn’t even know who of their family and friends is still alive?  And who am I that I should benefit from the hospitality of the church just for being a pilgrim?  My pilgrimage comes from choice and abundance, the flight of the refugee from force and lack.

This is nothing new.  The debate has raged on this issue for millennia, but for Christians there can be only one response: love.  I have written on the biblical evidence for this on multiple occasions, but it bears frequent repetition.

In the Hebrew Bible (Old Testament), the Jewish people see themselves as having been foreigners subjugated by the native Egyptians (Exodus 22:21; Leviticus 19:33-34; Deuteronomy 24:17-18).  Because of this, time and time again we see that ‘the foreigner’ must be treated with equality (Leviticus 19:33-34).  The same laws and judicial process are used (Exodus 12:49; Leviticus 24:22; Numbers 9:14, Deuteronomy 1:16), and the foreigner or stranger is consistently listed alongside the widow and the orphan: biblical language for those experiencing poverty, marginalisation, and oppression.

Amongst the first things we learn in the Christian New Testament is that Jesus was a refugee (Matthew 2:13-15).  This corresponds well with his later teaching where he warns of a judgement on those who did not feed the hungry, give the thirsty something to drink, and welcome the stranger (Matthew 25:31-46).  The single most important thing on this topic, though, does not even mention it explicitly.  The two greatest commandments, we are told, are to love God and to love neighbour.  There is ‘no other commandment greater than these’ (Mark 12:30-31).

The implication of these teachings should be clear enough, but if not, let me spell it out for you: having the opportunity to show love and hospitality to the economic migrant and the refugee is a great blessing.  Have faith that it is the right thing to do both practically and morally, or stop trying to claim that you are Christian.